“We preach not ourselves, but Christ Jesus the LORD; and ourselves your servants for Jesus’ sake.” (2 Corinthians 4:5)

Pastor Ben is privileged to have a Christian ministry heritage that finds its roots here in the Tar Heel State. His great-grandfather, Clay Farrell, was a circuit-riding preacher as well as a mail carrier in rural North Carolina. His grandfather, William (Bill) Farrell, pastored for over 25 years in Greensboro, NC while also working as an accountant. His father, Tom Farrell, has travelled in itinerate evangelism for over 40 years. Yet even with all the preachers in his family tree, Ben had to come to understand his personal need of salvation by faith in Jesus Christ. He rejoices in God’s gracious work of saving him at an early age.

It was during his teen years that Ben began to sense God’s call on his life for Christian ministry. After surrendering to God’s call, Ben began his formal ministry training in preparation for service to the Lord at Bob Jones University. It was there that God brought Tara into Ben’s life. Tara also grew up in a Christian ministry home. Her parents, Ron and Shelly Hamilton, have had many wonderful years of Christian music ministry through both Majesty Music and the Adventures of Patch the Pirate. Tara was a music major while Ben pursued his studies in Bible (B.A.) and Pastoral Studies (M.A.).

After finishing their college education, Tara and Ben were married in 2002. From there they moved to Kansas City, Missouri where Ben completed a Master of Divinity from Heart of America Theological Seminary in 2004. It was then that the couple began traveling in full-time evangelism serving in local churches, Christian camps, and foreign mission fields. During this time God blessed the Farrells with two children, Clayton (2006) and Chloe (2011).

In 2013, the Farrell family moved to Indianapolis, Indiana where Ben served as Associate Pastor of the Colonial Hills Baptist Church. It was here that God grew the desire and heart for pastoral work in the Farrells’ lives. In June of 2019, Reedy Creek Baptist Church of Lexington called Ben to be their pastor. The Farrell family is privileged to serve alongside this loving congregation as we seek to advance the kingdom of God together.

Pastor Ben enjoys spending time with his family, traveling, reading, and sports. He is a fan of sweet tea, Lexington BBQ, Tar Heel basketball, and Kansas City Chiefs football. You might also find him playing an occasional round of golf as time allows. Above all he desires to be a student of the Word who is “rightly dividing the word of truth” (II Tim. 2:15) in order that God’s people might be challenged and encouraged. We invite you to join us this Sunday at Reedy Creek as we worship the Savior together.

“I charge thee therefore before God, and the Lord Jesus Christ, who shall judge the quick and the dead at his appearing and his kingdom: preach the word, be instant in season, out of season, reprove, rebuke, exhort with all long-suffering and doctrine. For the time will come when they will not endure sound doctrine, but after their own lusts shall they heap to themselves teachers, having itching ears: and they shall turn away their ears from the truth, and shall be turned unto fables. But watch thou in all things, endure afflictions, do the work of an evangelist, make* full proof of thy ministry.” 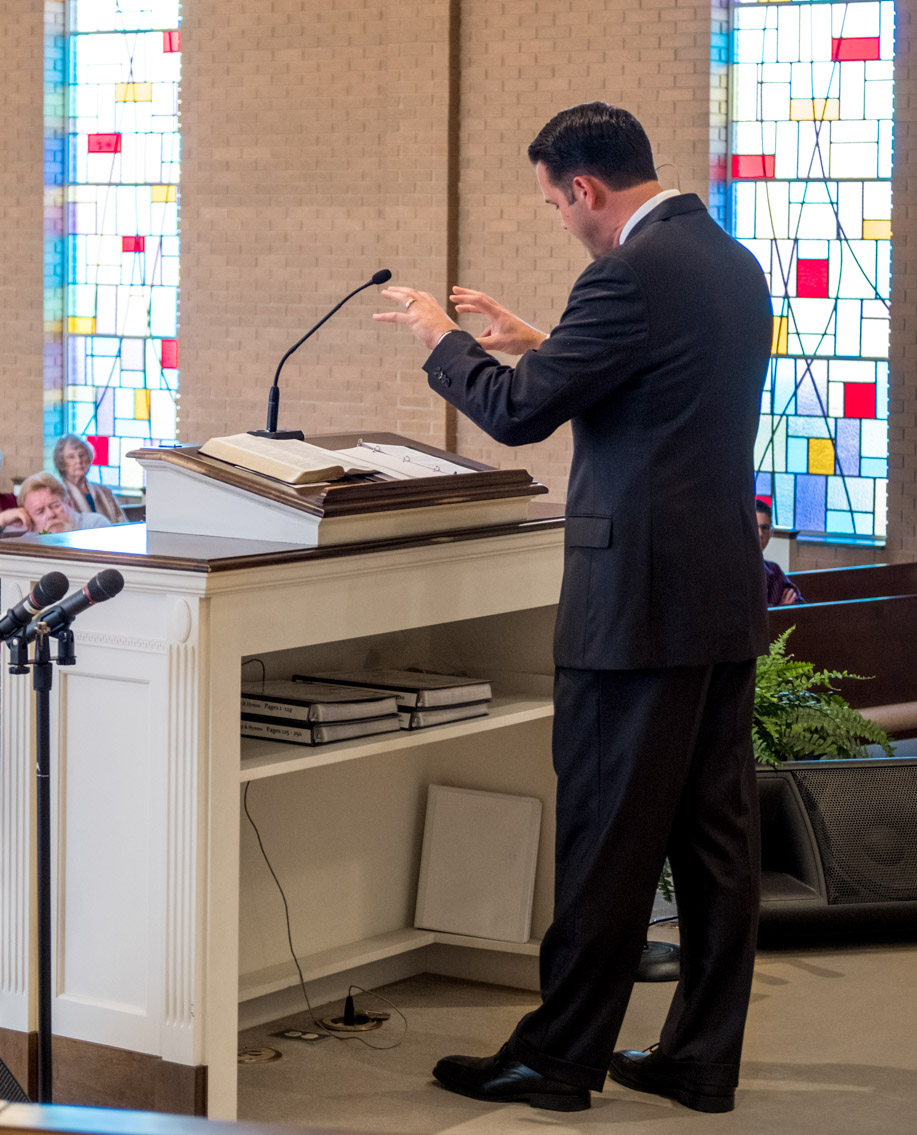